Overnight Agra tour from Delhi is a wonderful private tour package giving opportunity to the traveler to explore the best of New Delhi, Agra and Fatehpur Sikri. The most important part of this overnight Agra trip is that it takes you to Taj Mahal and gives you ample time to spend at this architectural wonder of the world. The tour continues with a visit to the impressive Agra Fort from where one can have the most amazing view of the Taj Mahal which lies across the Yamuna river. Accommodation in 3 star category hotel is included during the tour

Accommodation for 1 Night in the above mentioned / similar hotels. (Subject to availability) Breakfast in the respected Hotel during the tour.
Services of qualified English Speaking Guide for Local Sightseeing tour.
All Transfers and Sightseeing throughout the tour by an individual Air Conditioned vehicle with English Speaking Driver.
Driver Accommodation and Food
Toll Tax and Parking
All currently applicable taxes
Camera Fees (Still or Movie).
Any Flight Charges.
Unspecified Meals etc.

Day 1
ARRIVAL DELHI - AGRA
Pick up from your suggested place in New Delhi and proceed to Agra. Agra is about 200 kilometers (124 miles) from Delhi. In Agra, you will visit the world famous Taj Mahal built by the Moghul Emperor Shahjehan in 1630. Legend says the tomb was built for his Queen Mumtaz Mahal, who died giving birth to their fourteenth child. The death of Mumtaz left the emperor so heartbroken that his hair is said to have turned grey overnight. Construction of the Taj Mahal began in the same year and was not completed until 1653. After lunch at a restaurant of your choice in Agra town (lunch at own expense), you will visit the Agra Fort, the Halls of Public and Private Audience and the Tomb of Itmad - ud - Daullah built by Empress Noorjehan in memory of her father and visiting Fatehpur Sikri-a perfectly preserved red sandstone ghost town which was the estranged capital of mughal emperor Akbar, built in 1569 and deserted when its water supply failed. Arrive Agra & transfer to hotel. Evening at leisure. Over Night Stay In Agra.
Day 2
AGRA - DELHI DEPARTURE
After breakfast drive to Delhi (Aprox. 4 hrs.). On arrival transfer to your suggested place and Tour Ends 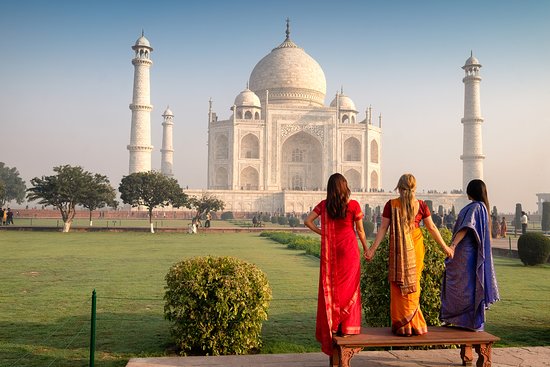 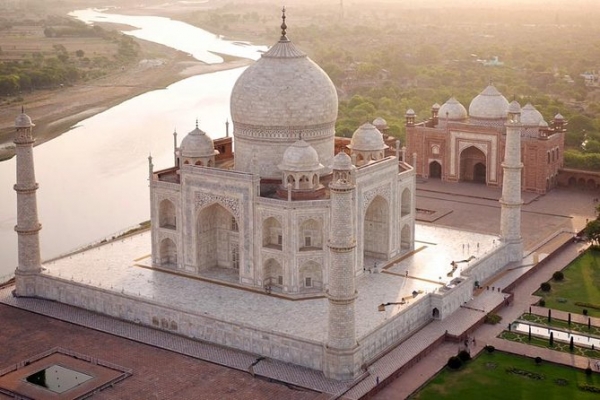 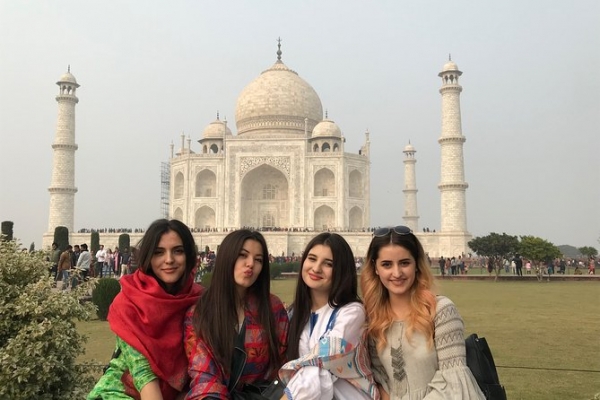